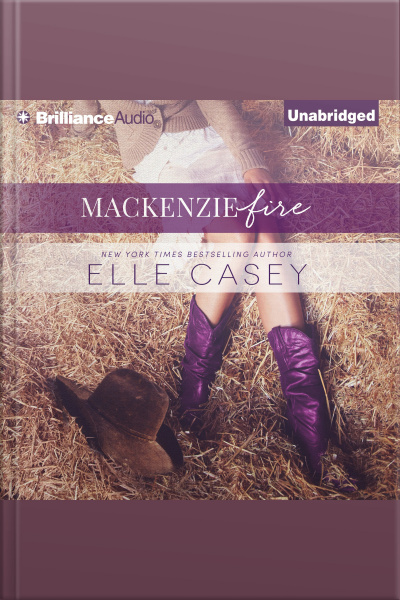 MacKenzie Fire A Sequel to Shine Not Burn

Still bitter about his failed engagement and life on the family ranch, Ian MacKenzie has been cranky for nearly three years. His brother Mack's married bliss hasn't helped, and now his pregnant sister-in-law's airhead best friend is coming for a visit.

Candice arrives to help with the new baby, even though it means swapping her Louboutins for snow boots and her flat irons for flannel. She's far from prepared for the freezing cold and she certainly wasn't expecting the sizzling heat of her attraction to a certain green-eyed cowboy. Ian may be rude and infuriating, but he looks sinfully good in those jeans of his.

The two clash at every turn, but there's one thing they can both agree on-if they do give in to their undeniable chemistry, then it's just a fling…because he's a country boy and she's a city girl, and their zip codes are on opposite sides of the map.