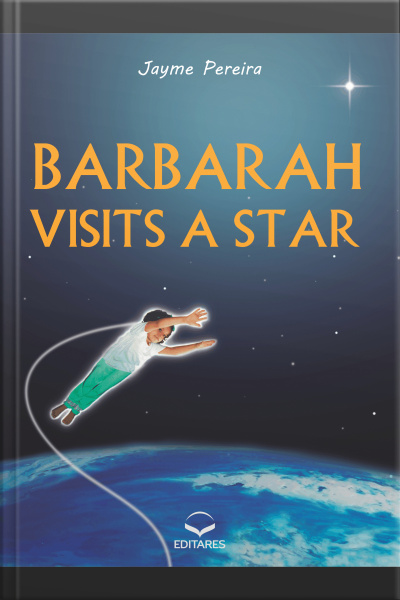 This story about Barbara was not invented. It is real. It happened the way described here. This is no fantasy, imagination, legend or fairy tale. It describes a conscious projection, otherwise known as an out-of-body experience. Barbara´s grandfather (author of this book) researchers this phenomenon. Every night he projects and, from time to time, we meet each other in corners of the universe!
If you, as a parent or teacher, have never heard of projection of the consciousness, lucid out-of-body experiences, or astral projections, there is no need to be alarmed. Your son, your daughter, even while in their mother's womb, your spouse, teachers, neighbors, friends of all ages and faiths, sometimes or frequently have "dreamt" of flying, visiting cities, relatives or even other planets. These may not have been dreams but actual projections of the consciousness. Even animals and plants have projections.
Human consciousness never dies. It is eternal. When reborn, it uses its four vehicles or bodies: the soma or physical body is the most known and easily perceived by us all. The energosoma or energy body surrounds and permeates the soma. The energosoma is greatly studied in acupuncture, homeopathy, yoga, tai-chi-chuan and other lines of knowledge.
We also have an emotional body or psychosoma, a replica of the physical body in appearance, but with different properties (such as permeability, elongation, transfiguration ability, volitation - or floating in the air - among others, related to the extraphysical dimension where this body expresses itself when projected). Finally, we have the mentalsoma or mental body, a shapeless body that stores all consciousness' memories, in addition to its cognitive capacities such as discernment, for example.
I invite you to share Barbara's out-of-body experiences with your children, encouraging them to share their own adventures of extracorporeal travels.