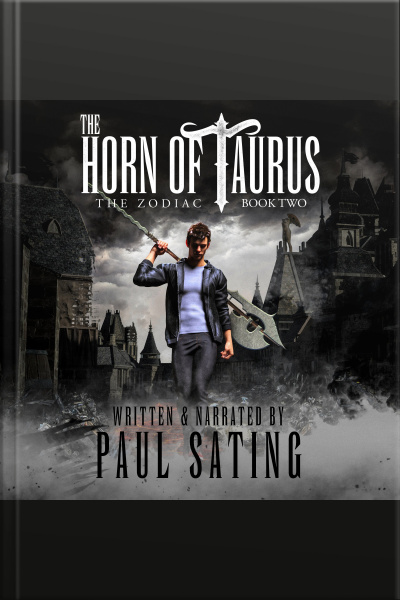 The Horn of Taurus

Especially when you work for Lucifer.

Siding with a runway demon might not have been Ezekial Sunstone's smartest move.

After failing in his first mission for Lucifer, he never thought the Council would give him a second chance.

After what they did to Aries, he never wanted to have another chance.

Disappointing friends, family, and Hell's rulers makes his life difficult enough. Living as Hell’s only demon without magic is just a cruel fate.

When the Council calls on him to steal a powerful artifact, Ezekial finds himself teaming with his best friend and his worst nightmare.

Betrayed by those he trusted most, Ezekial has lost faith in demonhood. Can this new opportunity rectify all past wrongs, or will it make him wish he was born an angel?

There is only one way to find out.

Fail Lucifer once, shame on you. Fail Him twice and you might never get a chance to fail Him again.

The Zodiac series is what you get when you mix Jim Butcher and Christopher Moore. Fans of Terry Mancour and Lindsay Buroker will enjoy this light ride dealing with the souls of the world.

The Horn of Taurus is the second book in The Zodiac series. The first book, Bitter Aries, will be released in July 2020. Book 3, The Gemini Paradox, will be available for pre-order in June 2020.